DEPARTMENT OF ELECTRICAL AND ELECTRONICS ENGINEERING 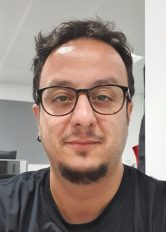 Thesis Abstract: The main objective of this thesis is to suggest a general Bayesian framework for model selection based on reversible jump Markov chain Monte Carlo (RJMCMC) algorithm. In particular, we aim to reveal the undiscovered potentials of RJMCMC in model selection applications by exploiting the original formulation to explore spaces of different classes or structures and thus, to show that RJMCMC offers a wider interpretation than just being a trans-dimensional model selection algorithm. The general practice is to use RJMCMC in a trans-dimensional framework e.g. in model estimation studies of linear time series, such as AR and ARMA and mixture processes, etc. In this thesis, we propose a new interpretation on RJMCMC which reveals the undiscovered potentials of the algorithm. This new interpretation, firstly, extends the classical trans-dimensional approach to a much wider meaning by exploring the spaces of linear and nonlinear models in terms of the nonlinear (polynomial) time series models. Polynomial process modelling is followed by the definition of a new type of RJMCMC move that performs transitions between various generic model spaces irrespective of model sizes. Then, we apply this new framework to the identification of Volterra systems with an application of nonlinear channel estimation of an OFDM communication system. The proposed RJMCMC move has been adjusted to explore the spaces of different distribution families by matching the common properties of the model spaces such as norm, and this leads us to perform a distribution estimation study of the observed real-life data sets including, impulsive noise in power-line communications, seismic acceleration time series, remote sensing images, etc. Simulation results demonstrate the remarkable performance of the proposed method in nonlinearity degree estimation and in transitions between different classes of models. The proposed method uses RJMCMC in an unorthodox way and reveals its potential to be a general estimation method by performing the reversible jump mechanism between spaces of different model classes.